What the EVERGOODS Civic Access Pouch 1L (CAP1L) lacks in pocket variety, it makes up for in quality and space—a notable feat considering its folding design.

We’re quite impressed with the Civic Access Pouch 2L (CAP2L) because of its impressive build quality and the versatility of its internal organization. It’s also one of the more unique pouches out there because of its desk caddy layout, but it is quite big, so that disqualifies it for users who have strict space requirements.

If you still want to go the EVERGOODS route, there is an alternative: the CAP1. It’s also part of the Civic Access Pouch lineup and comes in at one liter. That said, with its tortilla-style folding pouch form and magnetic closure, it’s almost worlds apart from its desk caddy sibling.

If there’s one thing EVERGOODS does well, it’s build quality. They have a knack for making gear that really feels that it’s designed by people who care about functionality and durability—and it’s no different with the CAP1. The outer fabric is a 420-denier HT nylon, while the interior liner is 210-denier HT nylon, both of which have polyurethane coating.

Admittedly, the black colorway doesn’t convey much about the CAP1’s build quality, but we can say that it’s much more structured than the Travelon Tech Accessory Organizer, for example. Additionally, its zippers are from YKK, a brand that is more or less the de facto gold standard for reliability in the industry.

The logo itself is a neat touch EVERGOODS puts on their gear. It doubles as a hook and loop patch where you can attach your own patches or ones you can purchase separately from EVERGOODS. Their Hi-Vis patches are particularly handy in case you lose the CAP1 in the dark, in addition to adding a pinch of color to the otherwise all-black pouch.

Moving over to the back of the CAP1, you’ll find a flat handle that sits flush against the fabric. In this regard, it’s more of a clutch handle than a grab handle, which makes sense for the CAP1 folding pouch style. The left and right sections of the nylon handle are left unstitched so they can be additional attachment points for accessories. They also come in handy for pulling the CAP1 out of a tight spot by hooking them with your finger.

By far, our favorite part of the CAP1’s features has to be its magnetic closure. Once you have it folded, the end flap latches on with an audible and tactile thump. We have a love-hate relationship with magnets here at Pack Hacker because they can be misused or overused by brands sometimes. In the case of the CAP1, though, it feels just right.

If you look closer at the end flap, you’ll notice the magnets’ outline. Based on looks alone, you’d assume that there are simply two sets of magnetic nuggets stitched into the fabric. However, if you poke around to get a feel for them, you’ll quickly notice that each nugget is made up of thin individual magnets. This seems like a nitpicky detail, but this gives you small levels of adjustments for how closed the flap is and how cinched the entire pouch is as well.

Before we open the CAP1, we have to briefly mention that EVERGOODS designed it specifically to fit the Civic Half Zip 22L (V2)’s bottle pockets. While we don’t doubt that for a second—and yes, we did test it for ourselves—this simply means it can fit into a lot of slim but wide spaces as well. There aren’t any proprietary magnetic latches or buckles to worry about here, just a guarantee that EVERGOODS thinks about how their gear fits one another.

As we mentioned at the start of this review, the CAP1 is way different from the CAP2L, and the biggest difference is in its layout and, consequently, the way it opens. At the heart of it, the CAP1 is a folding pouch, the kind you unwrap and lay out on the table, but that’s the boring way to say it. Instead, we think the form resembles a tortilla wrap, so that’s what we’re going with.

You won’t find much diversity from the get-go once you open this black tortilla from the future. There’s a lot of mesh, two zippered openings, and a pen loop in the middle—that’s it. It’s not like the CAP2L, where there are movable dividers and a cascading stadium-like presentation. The most you’re getting in terms of visual elements that stick out is the EVERGOODS product info patch on the top left corner.

Indeed, like the embedded magnets, it’s the more subtle aspects of the CAP1 that make it appealing. We mentioned earlier that the liner fabric is 210-denier nylon. In addition to that, the mesh material here has a silicone finish that give it a more clean look and cohesive feel. It doesn’t feel baggy, or that it’s going to go loose very easily, and this makes the interior feel very polished overall.

Apart from the pen loop in the middle, there are two pockets on each half of the CAP1. Both pockets open towards the outer edge and come with one zipper each. These pockets may look identical, but they are different on the inside.

The left pocket is divided into two sections for better organization. It’s up to you which gear goes into what half, but we’d put the more frequently used ones in the outer half. This way, you can see them through the mesh and silicone, making them easier to track.

The right zippered pocket is similar to the one on the left. This time, though, each half is further divided into two, with the ones at the bottom getting two-thirds of the space. You can get a much better idea of the layout by looking at the image below.

In summary, the CAP1 doesn’t feature a ton of organization options versus the CAP2L or similarly sized pouches like the Moment MTW Tech Organizer and Aer Slim Pouch. In terms of volume, though, the CAP1 has a surprising amount of it despite its slim folding design.

If you take a closer look at the outside, you’ll notice that the corners have stitching on them, suggesting a gusseted design. These gussets allow the CAP1 to expand depending on how much you pack inside. It still has its limits, though, chief among which is the magnetic closure. Once fully packed out with tech accessories like our travel mouse, charger, cables, smartphone, and other adaptors, we start to see the magnetic closure struggle a bit to meet its target. That said, it still closes (and stays closed) successfully.

Additionally, since the CAP1 has a folding design which leaves its sides open, you can’t just put items in the middle. You’re going to have to use the pocket to make sure they don’t fall out, whereas closed pouches have a lot more of their open space fully enclosed by a zipper.

Unfortunately, this tortilla does suffer a bit from a lack of diversity in its organization options, only making up for it in space. In that regard, it’s a tough sell versus other tech organizers that tout a lot, like cable loops, mesh pockets, liner pockets, pass-throughs, accordion-style dividers, and other more specialized features.

On the other hand, the simplicity in itself can be a draw for users who are looking for organizers with large spaces and not much compartmentalization. Of course, the CAP1’s build quality and the satisfying click of its magnets don’t hurt its case either.

Get your questions about the EVERGOODS Civic Access Pouch 1L (CAP1) answered from our team and the Pro Community right here on the page. Plus, join discussions with other members about gear, guides, and more. 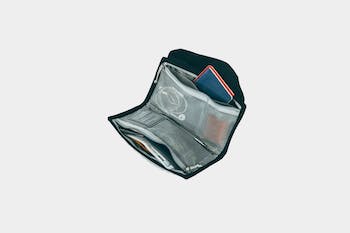 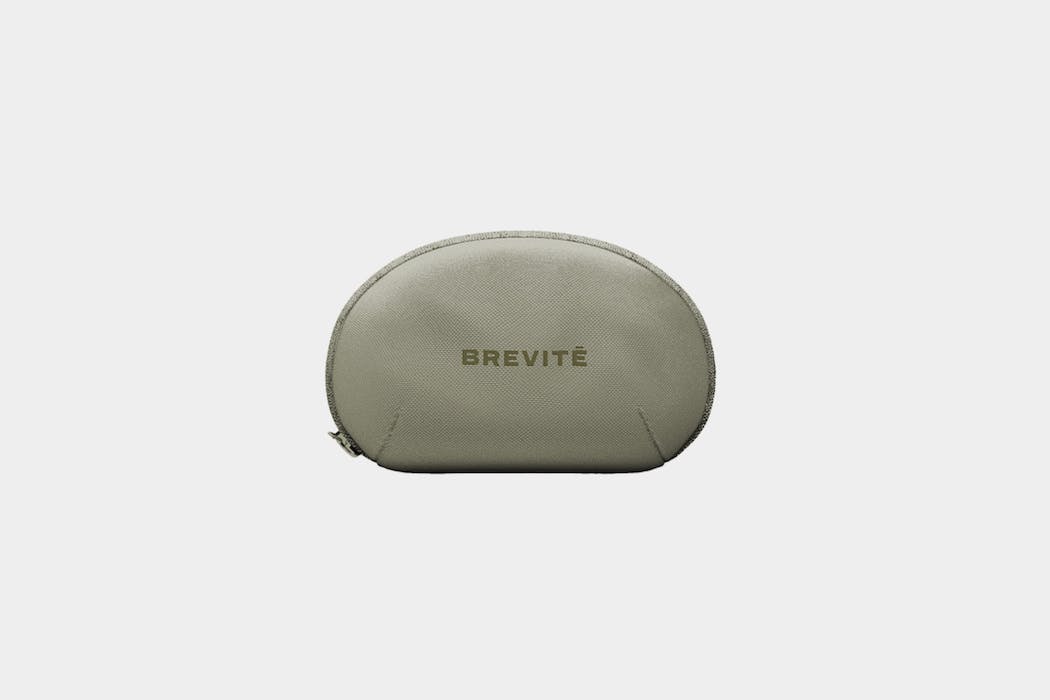 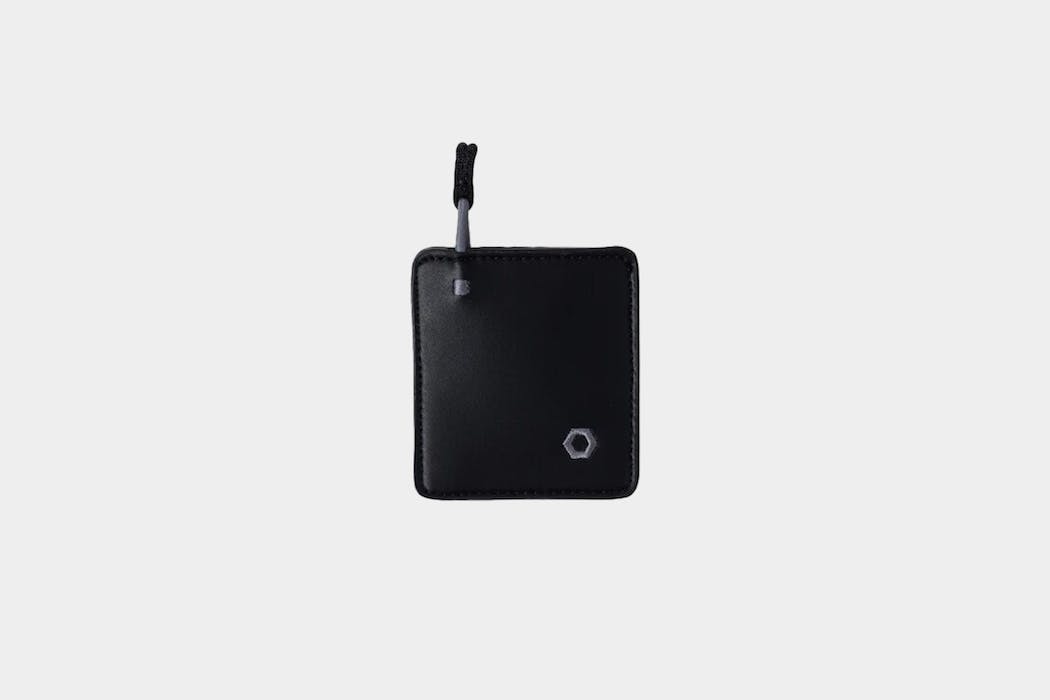 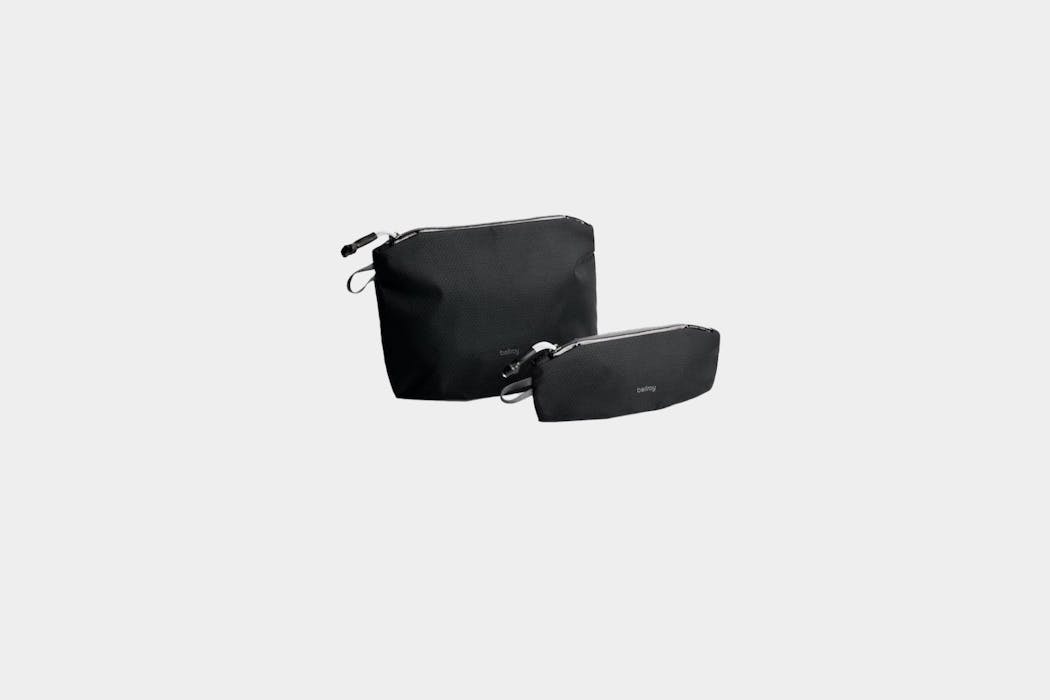 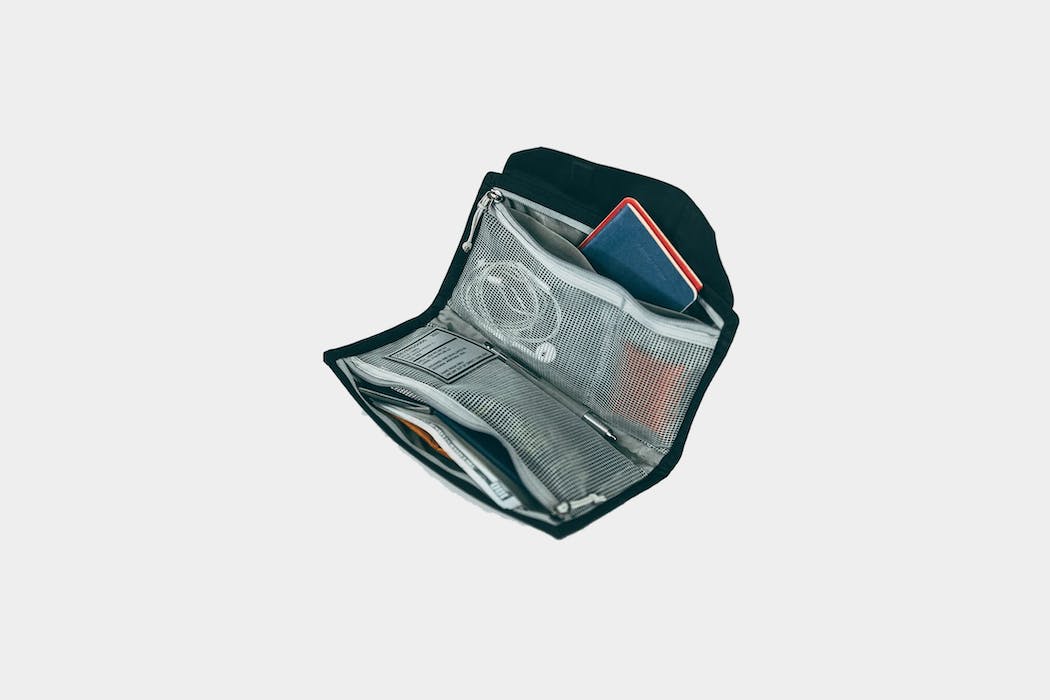 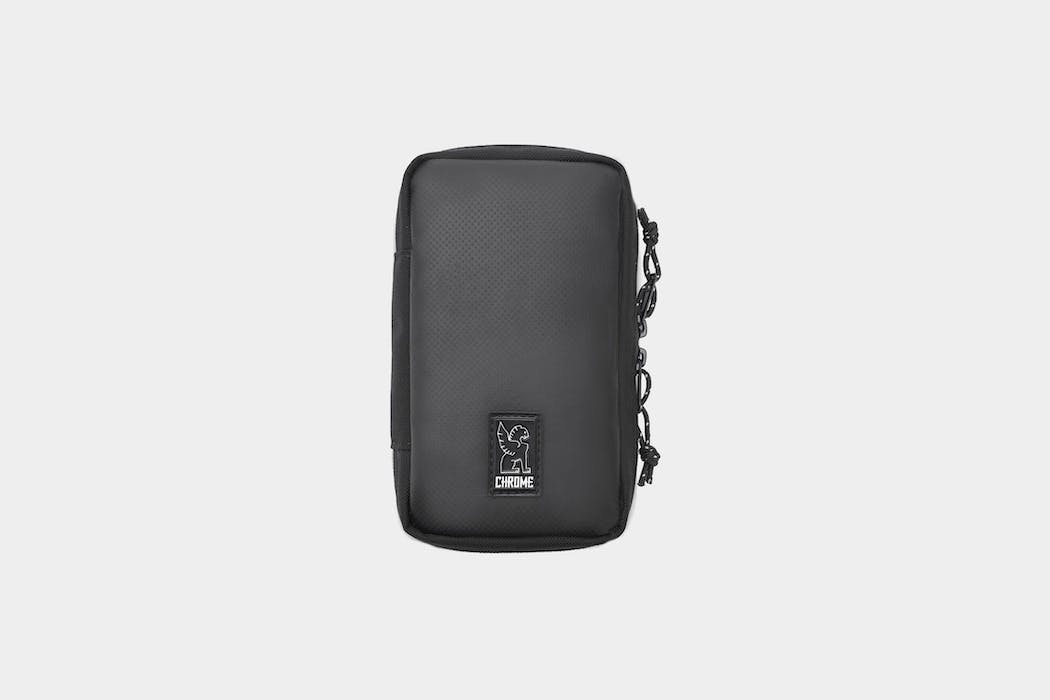 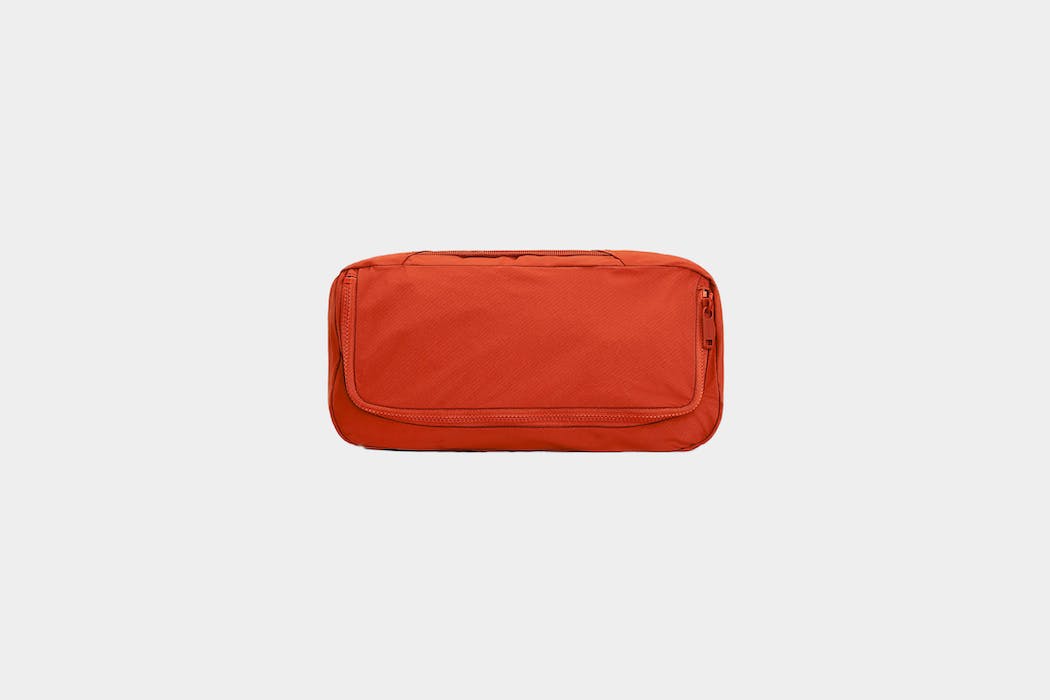