The Bellroy Transit Workpack has some minor nitpicks to contend with, but a clean aesthetic and rich feature set are more than enough to make up the difference.

Choosing a daypack can be an exciting event with a lot of features & styles to consider. Yes, we like to mention those two in the same breath as looks catch the attention as much as a features list does.

For the Transit Workpack, Bellroy already has the aesthetics covered, or rather, they already have a working design language that they’re keen on pushing. As for features, this daypack doesn’t disappoint, with stealthy front and side pockets, a sunglasses pouch, and ample internal organization.

It all sounds well and good, and we’re more than happy to elaborate if you’d jump in with us down below.

Say hello to a familiar aesthetic—a Bellroy aesthetic—that’s clean and not too busy buzzing with lines and angles. True to their style, only subtle pieces of beige leather provide accents to the predominantly black fabric of the Transit Workpack. There is no need for an overblown logo. A barely noticeable one on a leather loop will do, as the design language should suffice to declare this is indisputably a Bellroy product.

This fabric here is their Charcoal Canva Weave, not to be confused with the black variant, as this one is a lighter shade of grey. If you fancy yourself something other than monochrome fabric, there’s also the Lunar and Marine Blue colorways at the time of this review. We dig the Charcoal’s subdued styling, but we can’t help but be drawn to the Lunar’s cream and mocha combo. Mocha frappuccino, anyone?

Let’s focus on the Canva Weave here because you have to bear in mind that while this colorway has a clean aesthetic, it can also pick up some dust and fluff along the way. It’s an inherent trait of this canvas-like material—which can be a bit of a letdown if you’re really into the spotless look.

Of course, it’s one thing to look premium and another to feel premium. We’ve established that the fabric already does both, but the hardware isn’t about to be left behind. Onboard are tried and tested YKK zippers, as well as aluminum buckles along the straps. Those YKK zippers not only function well but are also dressed with leather zipper pulls, so they too can be a part of the premium vibe Bellroy has got going on across their lineup.

We’d say Bellroy is one of the makers that really know their aesthetic direction and sticks with it. If you want something to go along with the Transit Workpack, consider Bellroy’s Standing Pouch. Notice how the design language translates between the two, and you’ll get what we mean.

Contrary to its bigger sibling—the Bellroy Transit Backpack—the Transit Workpack features a more stripped-down harness system. Don’t worry; they haven’t stripped it down to a pair of strings, but the sternum strap is gone, and the padding isn’t as thick. It’s a reasonable step down considering the daypack nature, but have they gone too far?

The answer: Not at all. Much like the bigger Transit Backpack, we found the harness system on the Transit Workpack more than adequate to cope with daypack duties. The back panel’s not bad either, despite the lack of any air channels or extra foam padding. Again, those are unnecessary, considering the relatively lighter loads you’d reasonably expect the Transit Workpack to deal with.

Along with those accent pieces we keep bringing up is a rather lengthy handle that runs along the top of the pack. Handles like these typically run just between the left and right shoulder straps, but this one is much wider and is actually anchored towards the edges. It doesn’t make a huge difference during use, but the wider stance does ease the pressure on your hand’s edges and makes it more comfortable to carry this way.

Despite the streamlined looks, the Transit Workpack also features not one but two bottle pockets. Bellroy has opted to sink these pockets into the body of the bag in order to maintain a clean profile. In other words, they take up space from the main compartment inside of the bag. They’re also quite small; it’s a little tricky to get bottles in and out of them. For a better demonstration, you can dive right into our Quick Hit above to see how well our 18-ounce Yeti Rambler fits.

There are two of these side pockets, but the one on the wearer’s right has a built-in key clip, half hinting that this pocket can also function as an extra quick-grab pocket. It’s also extra secure since these side pockets’ openings are close to your body. Or you can just use it as another bottle pocket if you like to double down on your fluids.

In line with the “keep it discreet” theme Bellroy is going for, a gusset hides away the front quick-grab pocket. That’s not to say that this front pocket’s small by any means. Quite the opposite, as we were able to fit an entire notebook in there without a problem. This will please those with journals as they no longer have to dig deep inside the main compartment to keep their daily records up-to-date.

Up at the top is a sunglasses pouch and Bellroy made sure to equip this pocket with soft fabric inside so as not to scratch your expensive pair of lenses. It’s a nice touch, but we’d still be careful and use a proper hard casing as there’s no substitute for a hard cocoon around something pricey. For those who don’t use sunglasses, this is yet another pocket you can re-purpose. Since this pocket’s designed to be far away from any crushing pressure, we like the idea of making this a granola bar pouch. No one likes cleaning up granola crumbs after all. We’re looking at you, Nature Valley.

Let’s move on to the main compartment. The zippers go a long way down, but not completely. That’s what you would call a clamshell design which is rarer among daypacks and more commonly found in travel packs. The zippers do stop about two inches short from the very bottom, but for all intents and purposes, it’s a clamshell design, and the compartment forms like a bucket, making packing a cinch.

While it’s not as big as the Transit Backpack, the Transit Workpack is no slouch when it comes to capacity either. There’s more than enough space in here to throw in your pouch, a packing cube or two, and a sweatshirt. At 20 liters, there’s plenty of space to play around with.

On the flap is a zipper pocket with a stretchy mesh material, the same one found on the Bellroy Standing Pouch. We really dig this material, and we’re glad it made its way into the Transit Workpack as well. In addition to being stretchy, the pouch is quite big too, occupying about half the front’s surface area. That’s more than enough room for smaller tech items like one or two power adapters, some cables, and a mouse. Then at the far back is a stretchy sleeve that’s just the right size for a tablet or a few documents you want to take with you.

Just a quick reminder regarding the side pockets and sunglasses pouch: They do take away some space from the main compartment when in use. We suggest planning your load to avoid any conflict in spacing, but this is something you’ll get used to once you’ve made the Transit Workpack a part of your routine.

Finally, we have the laptop compartment—the opening here is only a bit wider than the space itself. Quite the contrast to the front’s clamshell design, but it’s enough to get your 15-inch laptop in and out without issue, and it’s not as tricky to use as the side pockets, far from it, actually.

There’s also a shelf pocket near the top where Bellroy wants you to put in an accompanying tech pouch. Tech pouches are great, and we use one daily, but we still wish there was some form of seal like a zipper for this pocket if we didn’t have a pouch. This laptop compartment is deep, and we’d hate for anything small to fall out of the pocket and into the deep end. That said, it’s not like the chances of that happening are high unless you like shaking and flipping your backpack a lot.

Bellroy has a strong daypack contender on their hands with the Transit Workpack. There are no glaring flaws to speak of, and the biggest offenders here are the rather tight bottle pockets and the non-sealed laptop compartment pocket. But those are more nitpicks than serious criticisms.

It’s just the right size for the daily commute to work, has superb organization both in and out with enough pockets to keep all of the small stuff separated and accounted for. It’s easy on the shoulders and back as well, with a no-nonsense harness system. All this is wrapped up in a clean, signature Bellroy aesthetic that’s hard not to like.

Get your questions about the Bellroy Transit Workpack answered from our team and the Pro Community right here on the page. Plus, join discussions with other members about gear, guides, and more. 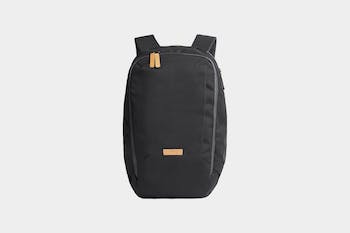 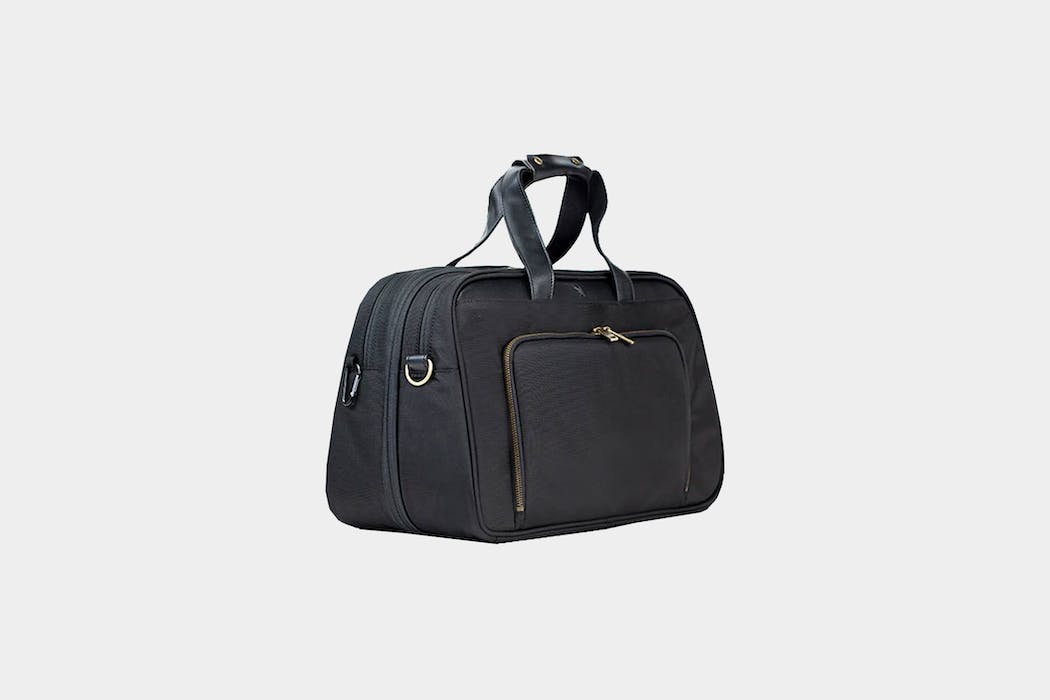 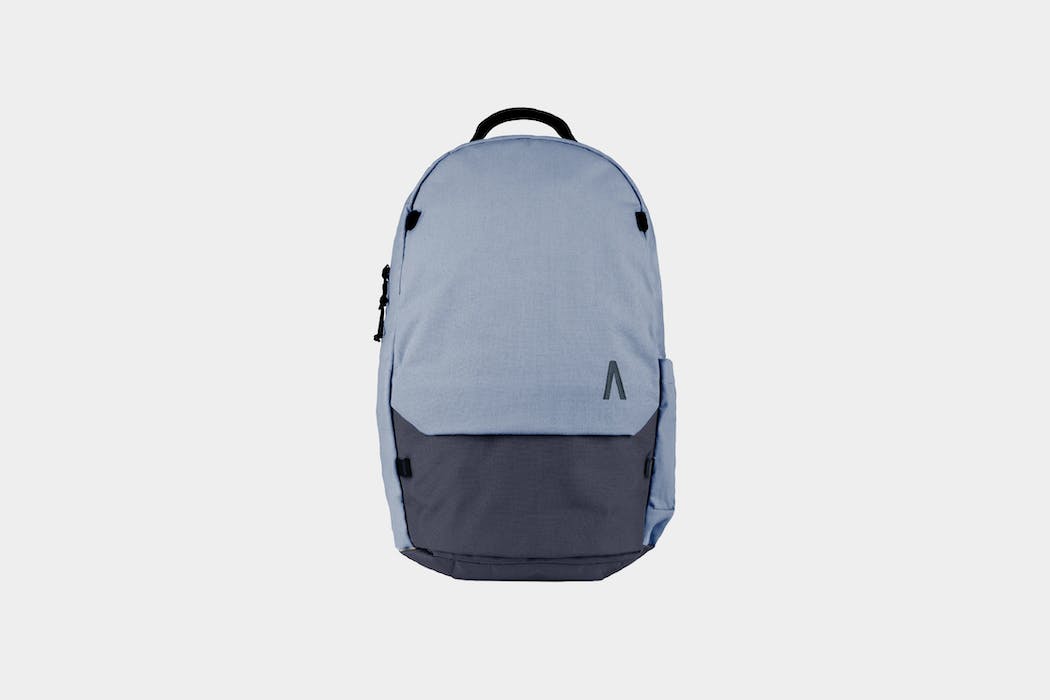 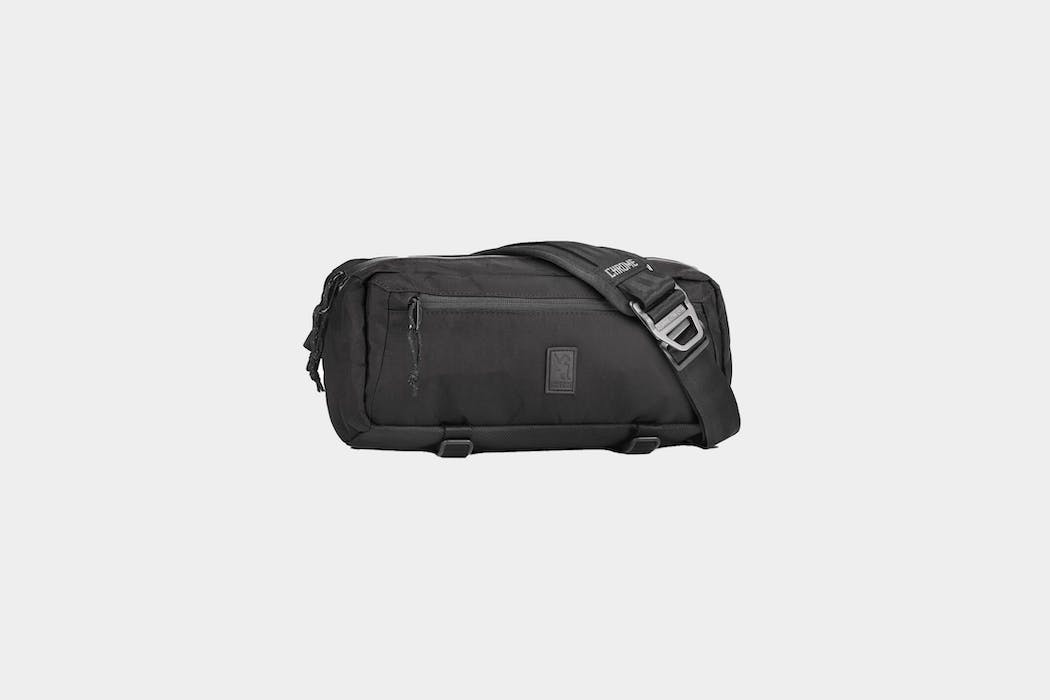 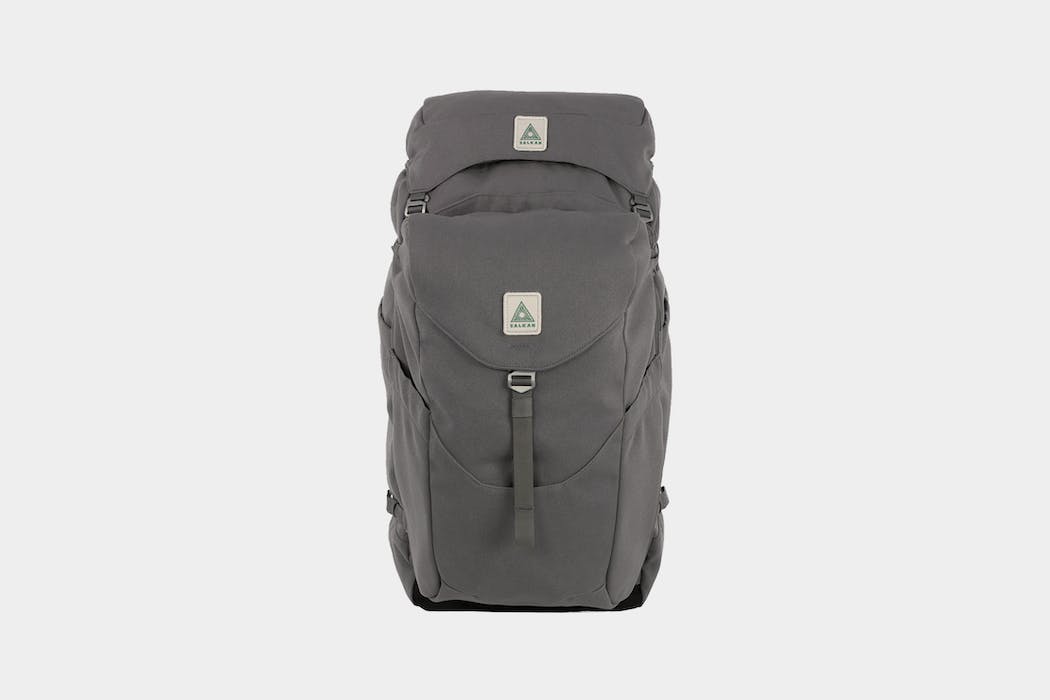 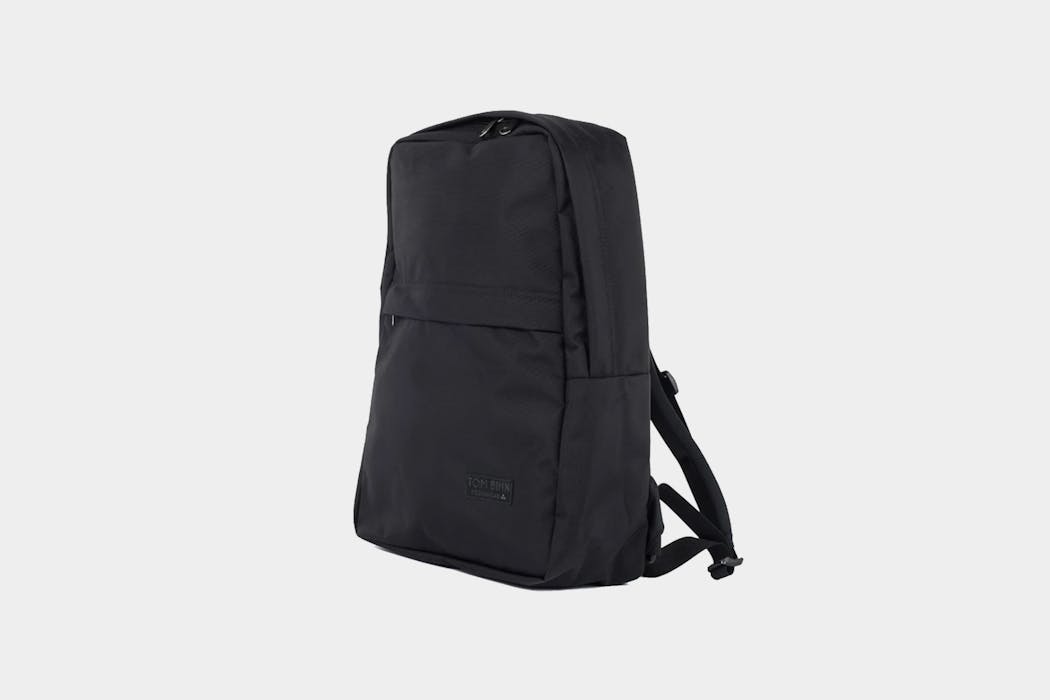 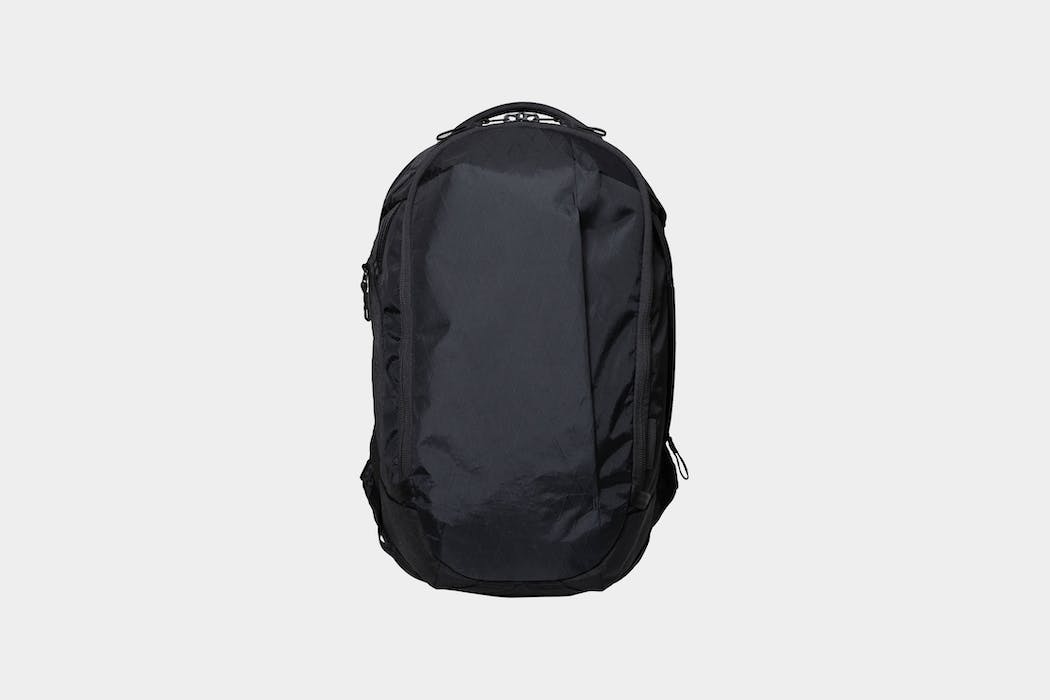