The North Face Basin 18 is a pack lost somewhere between the trail and the city, with features from both that lend a hand to comfortable and dynamic usage.

We’ve reviewed a lot of packs that can go from the city to the trail (we even did an entire video on our YouTube Channel about the topic), so we’ve learned a thing or two about hybrid packs. At first glance, the North Face Basin 18 looks more tailored to the trail than the city, but we figured it was worth throwing it into both and seeing what stuck. Will the basic laptop sleeve get the job done? Will the exterior water bladder get in the way when not in use? Let’s find out.

The first thing everyone in the office said about the Basin 18 was that the colorway is fantastic. The color we have on hand is the Banff Blue, a vibrant and punchy blue color with black shoulder straps and an Aviator Navy accent. At the time of writing, the only other option is TNF Black, which is very minimalistic until you pop the rainfly out, which is red. Both are bold yet sleek and stylish, we think.

The main pack material is 210D recycled nylon ripstop. It has a nice texture, and the diamond ripstop design makes the colorway pop even more. The North Face logo is on the top right of the pack and is white, which is vibrant against the blue pack fabric.

The boot and accent on the pack are crafted from 600D recycled polyester. This is on the bottom and sides of the pack, where they normally get roughed up the most, so it’s nice to have durability where it matters.

The pack fabric has a DWR coating that does not use PFC, or perfluorocarbon, which we are a big fan of. PFCs are chemicals commonly found in clothing and other consumer products that have unknown risks to humans and nature. In addition to clothing, they’re also found in furniture and packaging materials. It’s great to see a company like TNF remove PFCs, and although other products they manufacture still use them, it’s a step in the right direction.

The DWR coating does its job in light rain for around 30 minutes, but after that, we noticed the inside of the pack feeling damp. Our gear was fine, but any longer and we may have run the risk of it getting wet.

It’s an interesting juxtaposition because the Basin 18 has a DWR coating in addition to a rainfly. The rainfly on the Banff Blue model that we have is Aviator Navy, which is a deep blue color. The rainfly doesn’t cover the entire pack, missing the bottom of the back and the sides from the water bottle pockets down. There are hooks on the sides of the pack where the rainfly connects, and the top secures with tight elastic that wraps over the top. It doesn’t latch on the top, but we have no issue with it sliding down.

The portions of the pack that the rainfly doesn’t cover get wet in the rain, which is when the DRW coating comes into play. Those areas were where we notice the inside of the pack being damp after extended exposure to the elements, but as we said, it handles itself pretty well.

The pack uses YKK zippers throughout, and they work as well as other YKK zips we have used in the past. They’re not AquaGuard, but we didn’t notice water inside the pack via the zips. Plus, the rainfly covers them when it’s in use. The zipper pulls are a thin paracord material with heat-shrunk plastic covering the ends. They’re easy to grab onto and aren’t overwhelming.

The back panel and shoulder straps are what TNF calls NextVent™, which offers both breathability and padding. The back panel is coated in a mesh material, and the padding has waves on it so that there are channels for fresh air to move through. There’s a lowercase ‘t’ between the padding sections for more robust airflow, which works well to keep things cool.

Just behind the back panel is space for a water bladder. There’s a small clip at the top of the slide pocket to hole the hose up, and each of the shoulder straps has elastic strips on them to hold the nozzle in place so you can choose whichever side is easier for you to use. You can also put a water bladder on the interior of the back, but you’ll have to wait for that nugget of information.

The shoulder straps are amply sized for the pack and have the same mesh material as the back panel. The padding has waves too, which keeps things cool. They are rigid enough to give support but have ample padding to ensure that your shoulders are still comfortable even when the pack is full.

The sternum strap is on a track that is easy to adjust but stays in place reasonably well once you’ve found the perfect place for it. The buckle is small but easy to manipulate and has a whistle, which is a nice addition for hiking. A whistle can be heard from a much longer distance than your voice in an emergency and is also great at getting people (or animals) attention.

Depending on your body size, there may be leftover strap-length when you tighten the shoulder straps to your liking. There aren’t strap keepers to manage this excess, but it honestly isn’t all that in the way because of how thin the strap itself is. It’s roughly the pinky’s width, which is relatively thin in terms of straps we have tested.

The top handle is even thinner than the strap, which feels very fragile. We used it to hang the pack every day, and it never broke or frayed, but it isn’t comfortable, either. It doesn’t have any padding or aeration, but the minimalism does save on weight, which is good for a lightweight pack like this.

There are two identical water bottle pockets on the left and right sides of the pack. They’re crafted from stretchy mesh, which has a nice pep to their step. It pops back into place quickly and has not lost any elasticity since using them. We were able to fit a 32 oz Nalgene bottle without issue, and it could even accommodate a 48 oz Nalgene as well, which has the same diameter but is significantly taller. If you shake the pack enough while at the right angle, it will fall out, but it works just fine for most purposes.

There’s a slide pocket on the front of the pack that is the perfect spot to stash snacks, an extra pair of socks, or any other small gear you want to have access to extremely quickly. There isn’t any fastener on the top, so, in theory, things could bounce out. It also isn’t protected from the elements when the rainfly isn’t in use, but when it is, you can’t access the pocket at all. We often hid a protein bar here for safekeeping, and when we eventually used it, we would replace it when we got home.

Just above the slide pocket is another quick access pocket, this time with a zipper. This is better for more valuable items that you still want quick access to but don’t want potentially falling out of your pack, like a wallet, phone, or small technology. There’s a key clip here too, but it has a very short length. It is a little hard to manipulate, too, but not impossible. The pocket shares space with the main compartment, so when either is fully packed, they affect the other. You can’t access this pocket when the rainfly is in use, either.

The main compartment is amply sized but lacks organization other than the laptop sleeve. Even without pockets or segmentation, it doesn’t feel inadequate. Eighteen liters might seem like a lot of space, but we found we could sort our items, use packing cubes and pouches, and effectively organize to make the layout work without much trouble.

The laptop sleeve fits a 15″ MacBook Pro without issue, although there isn’t much padding to protect it from bumps and drops. The back panel offers some security, but there isn’t any padding on the opposite side to protect your laptop from gear in the main compartment.

The laptop sleeve can also be used as a storage area for your water bladder, in addition to the exterior storage area we already covered. There’s a pass-through to feed the hose through, which is designed well so that no water gets in. The rainfly doesn’t cover it, but it is close to where it rests when it is in use.

The duality of the laptop sleeve and water bladder is an interesting one we have been pondering since we received the Basin 18. We still haven’t thought of any terribly practical situations where you would need both, especially with amply-sized water bottle pockets. If you were going on a longer hike that could potentially warrant a laptop, you would need a larger pack than the Basin’s 18 liters could offer.

The Basin can handle your empty bladder and a laptop at the airport, but an empty bladder could be stored within the pack, if need be. There are a limited number of situations in which it could be useful, but the main thing for us is that neither affects usage all that much. There is no negative impact in the pack having both, so it doesn’t bother us that it does.

Overall, we’re quite happy with how the Basin 18 performs basic tasks and how good it looks while it’s doing it. We have noticed a few loose threads on various places around the pack in testing—none that are noticeable unless you are looking for them, but they are there nonetheless. Even with that said, the North Face Basin 18 is a great travel companion. It allows you the durability of a hiking daypack that feels just as at home carrying a laptop around the city and back again.

Get your questions about the The North Face Basin 18 Backpack answered from our team and the Pro Community right here on the page. Plus, join discussions with other members about gear, guides, and more. 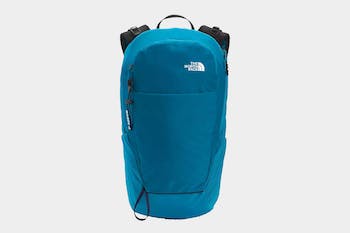 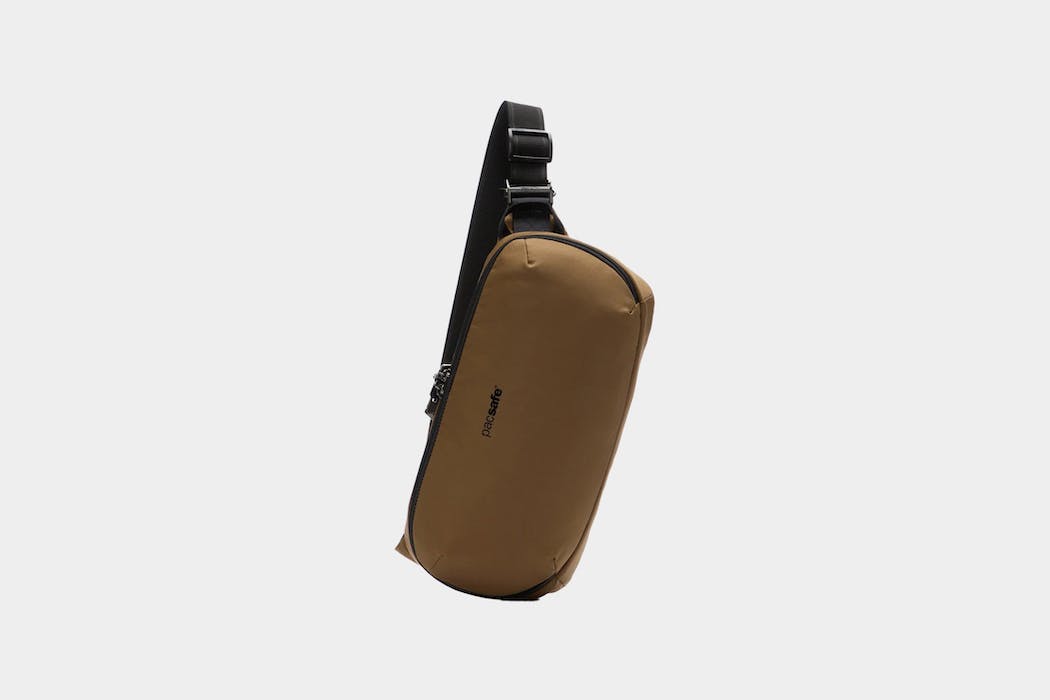