The NOMATIC McKinnon Cube Pack is great if you want a dynamic camera pack for trips that don’t require a whole photo kit, though packing gear can be difficult.

We’ve tested a few of NOMATIC’s other collaborations with Peter McKinnon and were happy with their unique customization, especially on the pack’s interior. We can’t help but wonder whether any crafty design inclusions will make it onto their packable daypack and, if they don’t—how it will affect usage. Let’s dive in!

At first glance, the NOMATIC McKinnon Cube Pack looks nothing more than a camera cube. But, after you dive into it a little, you see that it transitions into a daypack. The transition doesn’t affect the camera cube section, but there’s a storage area on top of it for your daily use items. We’ll dive into the functionality of all of these features later on, but we feel it’s important to explain what we’re testing before we give you all of the juicy details.

The upper material on the backpack is extremely thin. It’s incredibly lightweight, almost to a fault. It feels more like a rain cover you’d pull over a pack than the main line of defense from wind, rain, and snow. That said, it does feel durable, and we continue to be surprised by how well it’s holding up.

The lower half, or camera cube section, feels more like a TPU material—more durable and with added water resistance. It makes sense because this is where the expensive stuff will go. If it were the other way around, it wouldn’t make much sense—as you care a lot more about protecting your $2,000 camera kit than the souvenir sweatshirt you just bought for your brother who’s stuck at home with chicken pox.

NOMATIC uses Zoom zippers throughout the pack. The zipper track for the camera cube and to stow away the daypack upper has a water-resistant coating, and the primary pack closure is a standard track. There are a few pulls used, too, some with heat-shrunk plastic and others with hard plastic, both of which have a paracord-like material doing the bulk of the lifting.

The pack has an extremely lightweight and flimsy top handle. It isn’t ideal for holding the bag for extended periods, but it’s an excellent addition. While on public transit, you can carry it in your hand, sit it on the seat next to you and still keep ahold of it, or grab it quickly if you get lost in a game on your phone and hear the robotic PA announce your stop.

The harness system and back panel are basic but are about what we’re used to for a packable daypack. There is padding and aeration approximately two-thirds of the way up the backside, which add comfort. Above that is the thin packing material, which feels awkward at the transition point, especially when the pack is fully stuffed. The more firm padded section doesn’t bulge—but the flimsy material near the top can be uncomfortable on your back near your shoulders. In most cases, it’s relatively comfortable.

The shoulder straps are quite flimsy, similar to what we have experienced with packable daypacks from brands like Matador. They have aeration—so much that you can see through them, which makes things cool. However, if you’re a fan of padding, these are not your best friend. When you have the pack stuffed with heavy gear, you start to feel the straps digging into your clavicles after even a short walk—but if you have the pack half-full or less, it’s reasonably comfortable for walks under an hour.

The shoulder straps use small Duraflex clips to attach to the bottom of the pack, which work well. We haven’t had an issue with them coming unattached, and they’re pretty easy to unclip when you are ready to stow the daypack away.

The sternum strap combines a rail system with a point-to-point system, which is odd. Instead of having a few small places you can put the strap, or a long rail that you can slide it up and down on, there are a few larger areas where you can place it with room to slide around. We found if you try to put the clip at the top of one of these sections, it slides downward, which isn’t ideal either. You can clip items onto the loops you aren’t using for the sternum strap, which is an excellent addition, but overall, we feel a little letdown about this design feature.

Two straps are sewn onto the bottom of the camera cube portion of the pack and add some traction to the TPU-like material to keep it from slipping around in wet conditions. On each end of the straps, there are small loops. You can loop a carabiner or attachment strap here, but we haven’t found it particularly useful.

Throughout the pack’s construction, we see a lot of loose threads. None appear to be integral to the bag’s design, but it isn’t a great look. The pack is sleek, but the loose threads take away from that.

Overall, we find that the pack is quite comfortable. You will feel heavier loads on your shoulders and clavicle areas in particular, but at the end of the day, it’s a packable camera backpack. If you want to bring your entire kit, carry a camera backpack like the Shimoda Explore V2 35 Backpack. NOMATIC didn’t design the McKinnon Cube Pack to be a hiking daypack or travel backpack—it can slide into either of those and be used as a short-trip pack for photography-related adventures once you get to your destination.

One of the biggest plusses of this pack is the look. It’s pretty minimalistic, and even the logo is simple. It has the NOMATIC branding and Peter McKinnon’s signature, which has a classy feel.

Something important to note is that if you don’t pack much in the non-camera cube portion of the bag, it doesn’t have the structure to hold itself up. It folds inward and looks a little goofy—but as soon as you stuff some gear inside, this is no longer an issue.

There are two compartments on the NOMATIC McKinnon Cube Pack, so to keep things organized, we’ll call the camera cube the main compartment and the extension the secondary compartment.

The main compartment has a clamshell opening to access your camera gear. The exterior is well padded with a softer interior to ensure your screens don’t get scratched. The pack comes with one long divider and two small dividers. The large one has three Xs on it, and the smaller ones have a skull and crossbones—it’s almost like Jack Sparrow designed them.

You can’t do much configuring due to the small size and the low number of dividers, but if you wanted to use extra dividers, you could do so. The dividers and the sidewalls have enough padding for our liking, and we never feel like our camera gear is unsafe while using the pack. There’s more top padding when it’s only used as a camera cube, as the top flap opens to provide padding for the back panel. Plus, there’s all the extra material from the upper portion on top of the cube, which adds protection when stowed away.

We can fit a mirrorless camera with a prime lens, a medium-sized zoom lens, a battery charger, and a lens filter kit inside without too much issue. A DSLR also fit, but it monopolized a lot more space. Given the size—this is more tailored to a mirrorless travel kit compared to a larger-sized or older DSLR kit.

The secondary compartment is pretty basic. It has a large opening extending down the pack’s sides so that you can see everything inside pretty easily. There’s no organization inside apart from a small zippered pocket on the bottom back wall. It rests on the back-paneled portion, so it has some structure, and the items you stow inside won’t poke you while you’re carrying it. It’s a nice place for hiding a passport, too, as you can pack down the daypack for containment inside the top part of the camera cube. The pocket material is stretchy, so items can bulge into the compartment without pushing through the back panel.

The rest of the space is the Wild West. There’s a ton of room here, but it’s hard to capitalize on it due to a lack of structure and organization. The zipper is the only thing that holds up the exterior material, so if you have the zipper open, it’s hard to stack things without them tumbling out of the open sides or front. The flimsy material can’t hold even clothes back. We were able to combat this by zipping upwards every so often while loading it to add more strength to the material, but it’s still a little tricky to master.

Overall, we’re pretty happy with how the pack performs. It’s the perfect fit for when you don’t need to bring your entire camera kit but can’t quite commit to using just your phone. Sometimes you still want the ability to take long exposures, zoom in optically, and use all the extra features cameras have loaded into their design—and this pack enables you to do all of those things.

Get your questions about the NOMATIC McKinnon Cube Pack 21L answered from our team and the Pro Community right here on the page. Plus, join discussions with other members about gear, guides, and more. 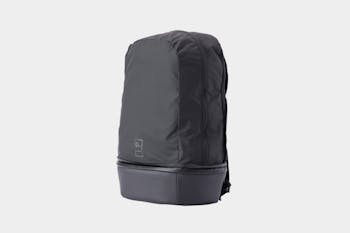 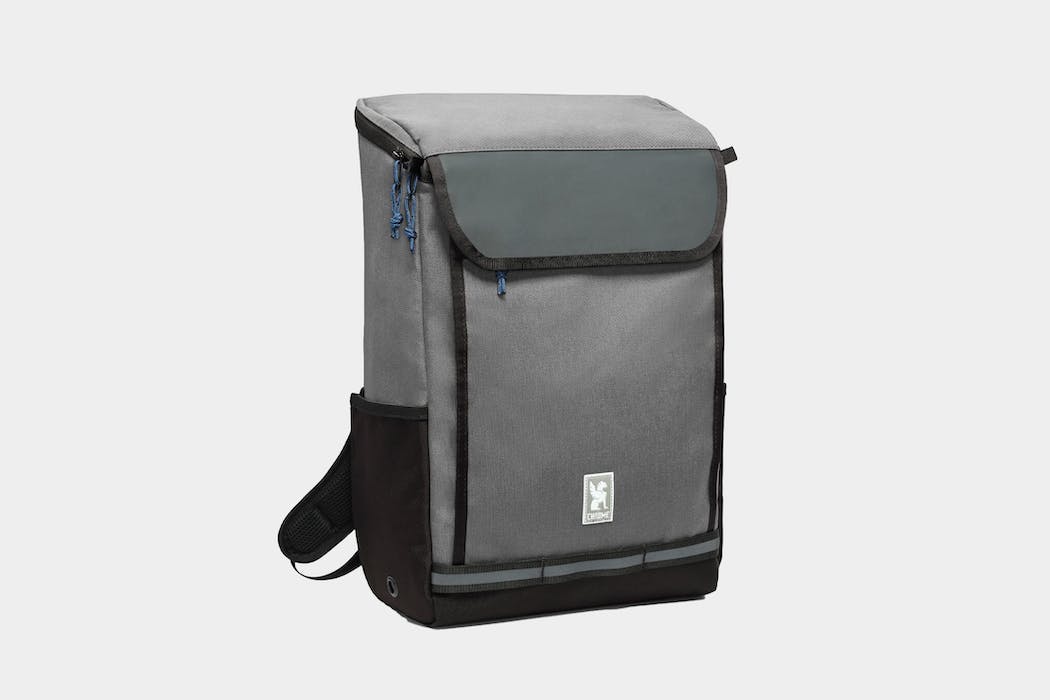 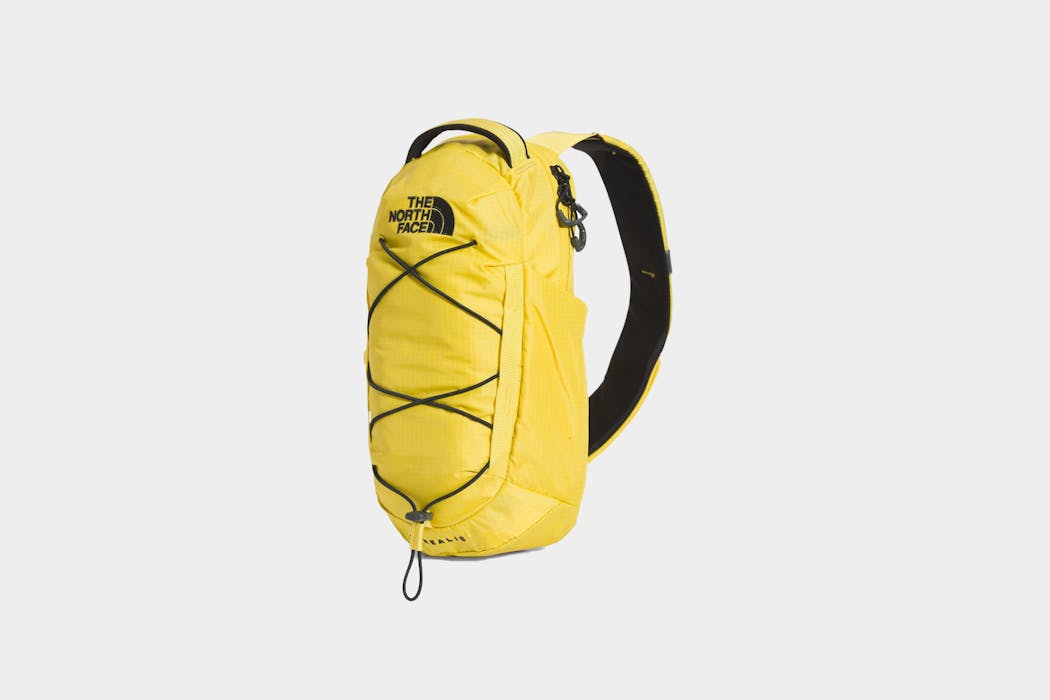 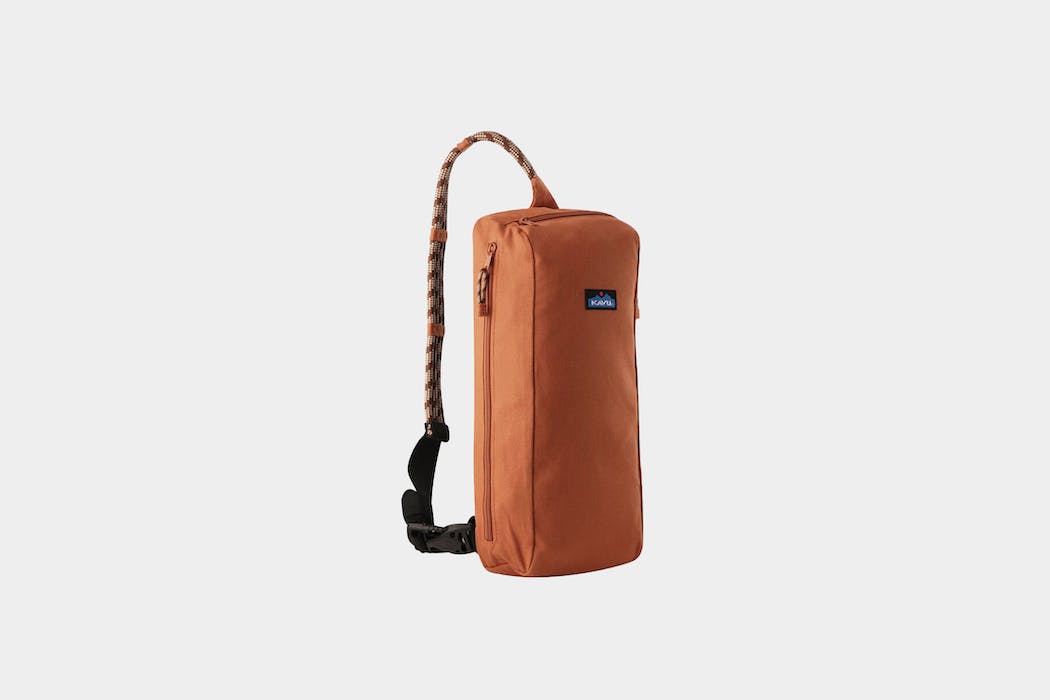