We’re digging the simple, effective organization of the Aer Cardholder—even if it is a bit taller than other wallets.

It’s no secret that we’re fans of Aer here at Pack Hacker. We’ve tested a ton of Aer products at this point and are usually impressed with their durability, functionality, and sleek, modern aesthetic. So we’ve been excited to get our hands on the Aer Cardholder—a minimalist wallet that looks right at home in the Aer eco-system.

We’ve been putting it to the test for over a month in Detroit, Michigan. So how has it performed? Read on.

If you’re a fan of Aer and enjoy the brand’s signature sleek, modern, and minimalist style, you’ll probably enjoy the look of the Cardholder. Probably the most flashy thing about this little guy is the Hypalon logo tag that sticks off one side (and we’re digging that splash of branding).

While it has a slim profile, the Cardholder is a little bit taller than many minimalist wallets on the market. We’ll talk more about the pros and cons of this design choice in the “Features & Usage” section.

The exterior of the wallet is made with a 1680D CORDURA® Ballistic Nylon, which is basically Aer’s calling card at this point (you’ll see it on most of Aer’s products). While that CORDURA® strength is necessary on gear like the Aer Travel Pack 2 that see all sorts of inclement weather and use, we can’t help but think it’s a bit much for a wallet. Still, we’re not going to complain about fabric that is too durable. Plus, we like the look and feel of it.

The wallet is also available in a Black Camo colorway, which is made with a durable 1000D Cordura® nylon.

Both fabrics are water-resistant. Do you need a water-resistant wallet? Probably not. But is it nice to have that peace-of-mind? Definitely. You don’t have to worry about ruining your wallet by accidentally dropping it in a puddle (not that we’ve ever done such a thing…)

The zipper is from YKK, so it shouldn’t give you any problems. It’s also the only thing about this wallet that’s not-so-typical for Aer. Usually, we lament Aer’s beefy and jangling zippers. But this zipper has a flat-lay design and keeps a low profile. A huge plus in our books.

And both colorways have a microfiber interior lining, which is suede-esque and oh-so-soft.

The exterior of the Aer Cardholder features three divider card slots, which is the exact right amount for our use case. Each slot fits two cards perfectly, although you could probably get away with shoving one more card in each if need be. We’ve put personal credit cards on the top, business credit cards in the middle, and ID cards at the bottom. But, of course, you can come up with whatever system works for you.

Because of the wallet’s tall height—which allows the card slots to be staggered—seeing and accessing your cards from any of the slots is quick and easy. Simply flick them up with your thumb.

Plus, the pockets haven’t stretched out at all over the course of the month we’ve been testing this thing. Compare this to a leather wallet, which tends to loosen up as you use it, making it nearly impossible to put two cards in a pocket that used to have three or four.

Still, it’s hard to beat a zippered enclosure or elastic. Your cards can be somewhat slippery within the wallet.

And none of these slots are clear, so there’s no ID window. Not a huge deal, but as we’ve mentioned in other reviews, we always love to be able to flash our ID at the bartender cop style. It’s not only fun but saves us 10–15 seconds of having to wrangle an ID out of the wallet entirely.

Behind the card slots is a zippered pocket. You can use this space for extra cards, cash (as long as it’s folded), or coins. We appreciate the addition of this pocket as several minimalist wallets don’t have a spot for coins, and you never know when you’ll stumble upon a wishing well. Joking aside, while coins aren’t that important in the states, they can be commonly used in other countries, so it’s nice to have a place to put them while traveling.

Beyond coins, this pocket is also RFID-safe, so you can put your cards with RFID sensor chips here. That way you don’t have to worry about hackers capturing your sensitive information virtually. At this point, it’s unclear if RFID financial crimes are a serious threat (it’s tricky to say how stolen credit card information is obtained). But it’s nice not to have to worry.

Before we wrap things up, we want to point out that the Cardholder’s height does have downsides. It doesn’t fit perfectly inside front pants pockets or in all of the quick-grab pockets on slings and backpacks. So keep that in mind.

Overall, though, we’ve been digging the Aer Cardholder. It’s minimalistic, but still holds everything we need on a daily basis.

So far so good. The wallet is a tad tall, which works well in the front pocket but a little longer than expected in a back pocket. It has a slim profile, which is great, but due to the height. we’ve had some slight issues fitting in “wallet-size” sling and backpack pockets nicely.

Still digging this small wallet and liking that the flat-lay zipper keeps a low profile without any jingling around. The three divider card slots seem like just enough for our use case—personal credit cards on the top, business credit cards in the middle, ID cards at the bottom. Any additional cards can be placed within the zippered area.

Still holding up well. Although, we’ve noticed some minor fraying on the sides of the pocket. Nothing major, but worth a note.

The Aer Cardholder is a simple, minimalist wallet made of the same durable, sleek materials we’ve come to expect from Aer (although, let’s be real, said materials may be a little overkill for a wallet). It has the perfect amount of organization for our use-case—it’ll fit 6+ cards—and we’re digging the RFID-safe zippered pocket. It’s a little tall, so it doesn’t fit nicely inside pants pockets or the small, wallet-sized pockets on all slings and backpacks. While that’s something to keep in mind, it’s not a deal-breaker in our books. 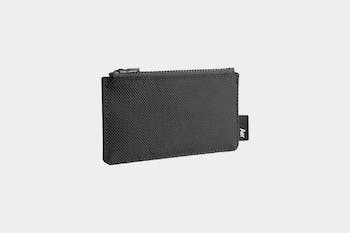 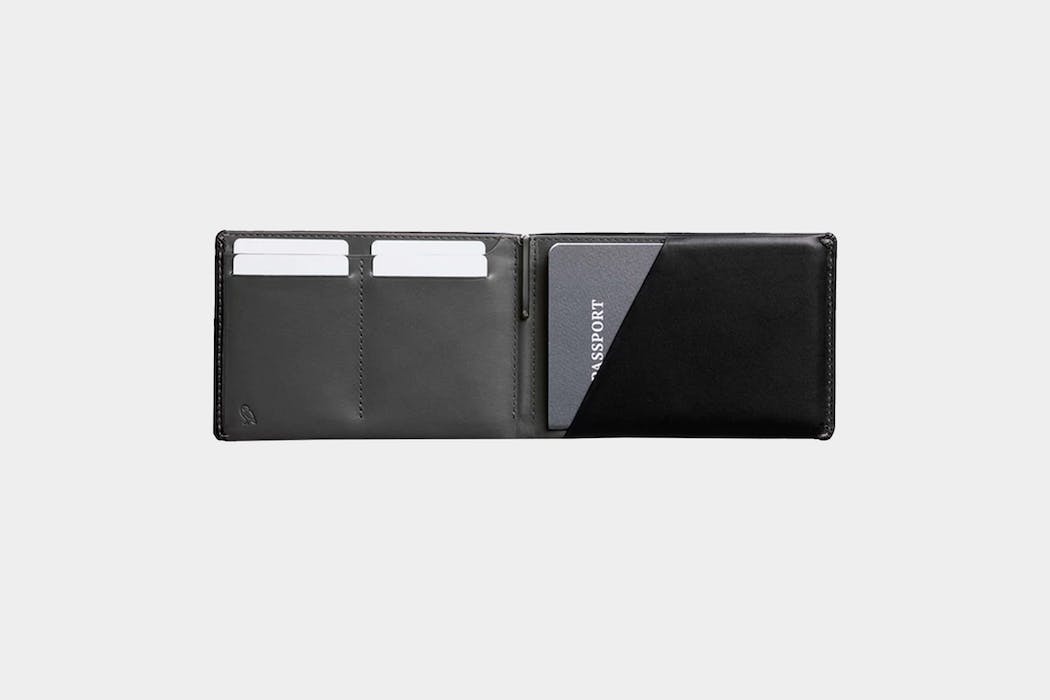 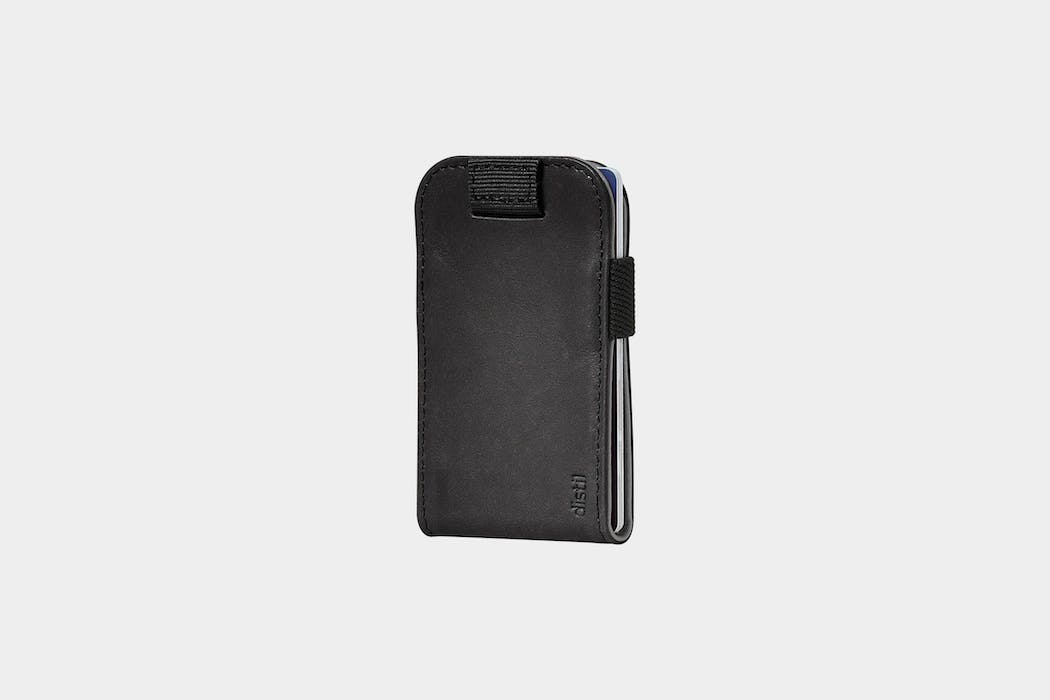 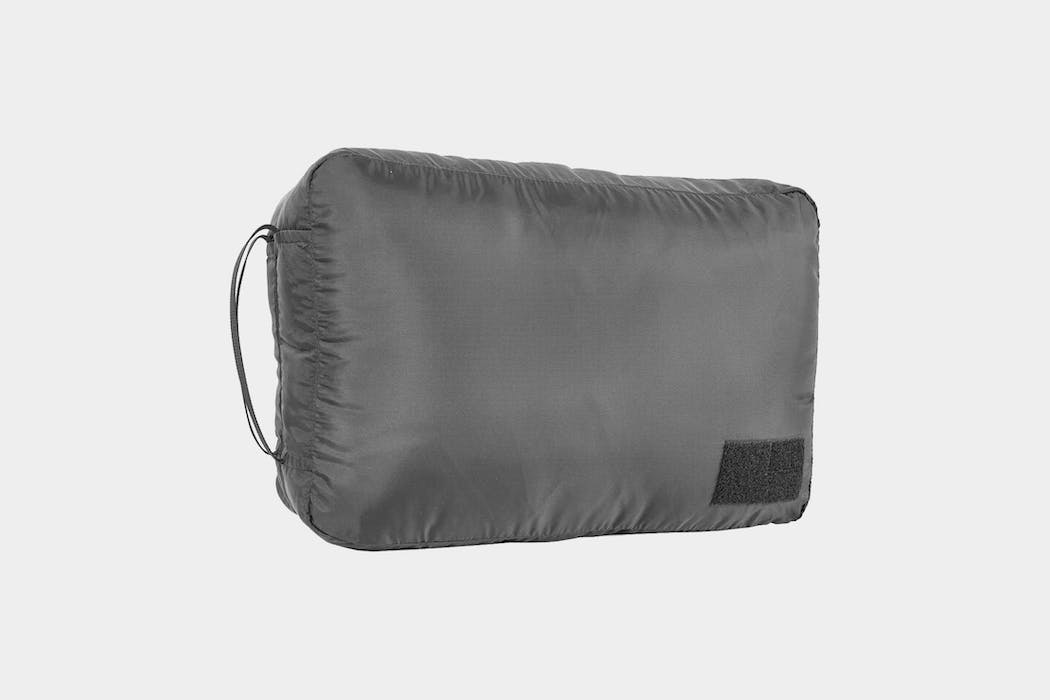 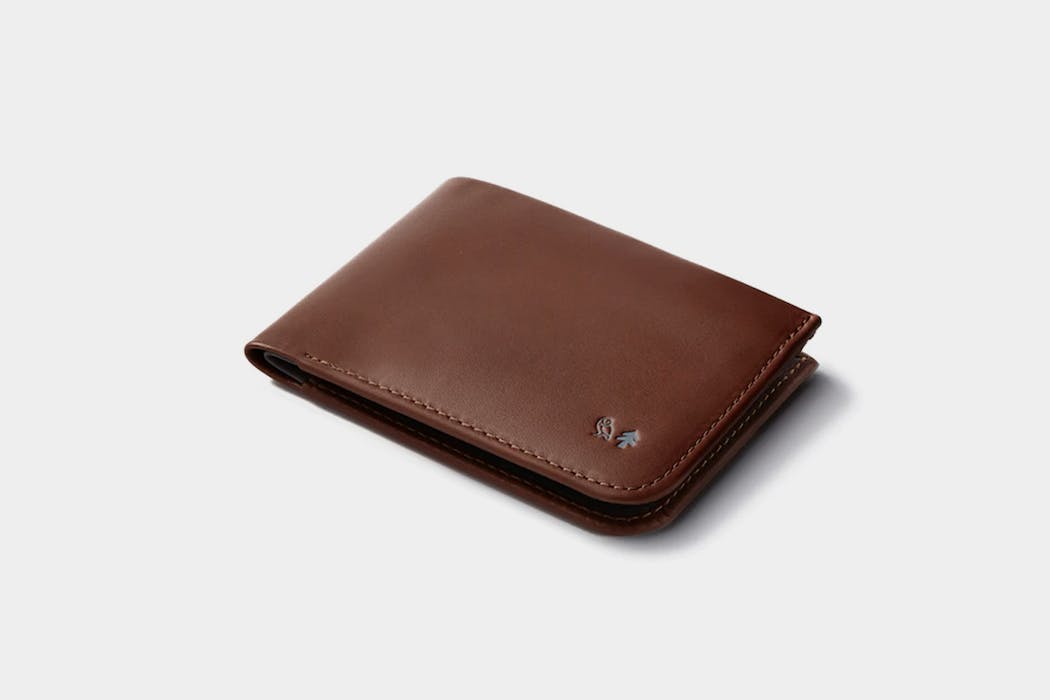 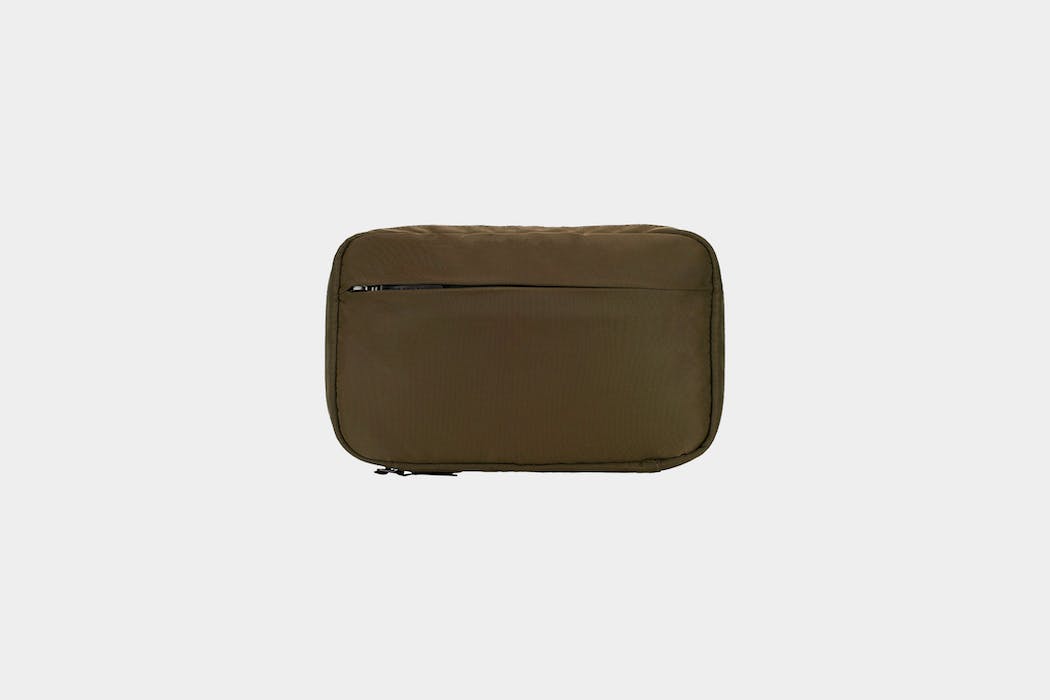 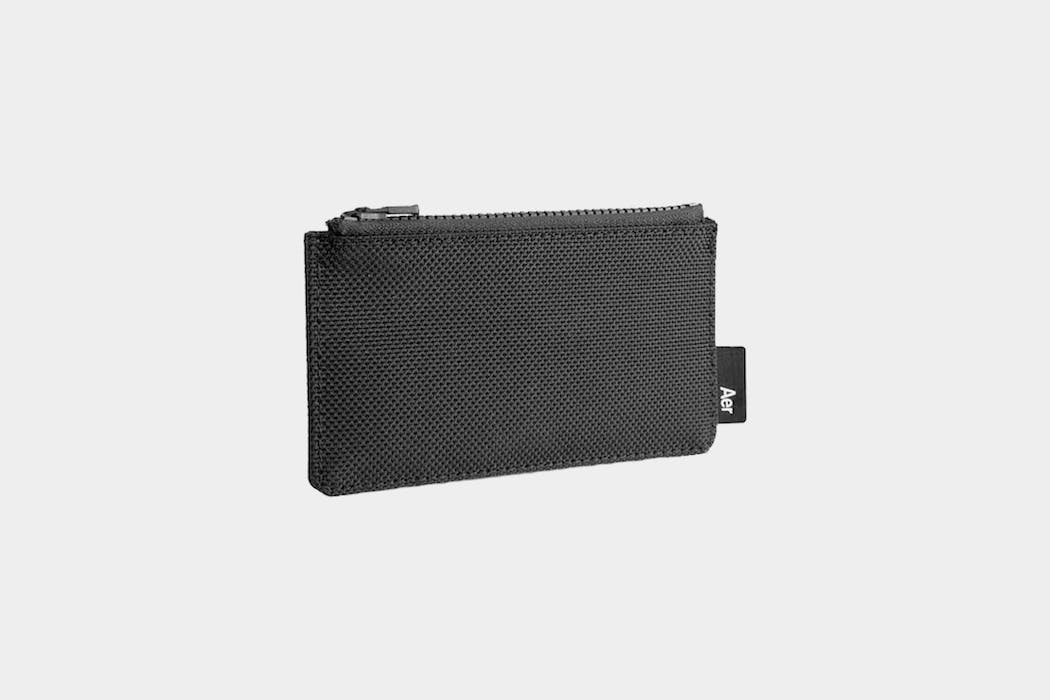